Greek food has a rather sweeping overlap with other Mediterranean cuisines, also drawing inspiration from neighbours like Turkey and Italy. With a climate that discourages livestock apart from sheep and goats, you’ll find a range of lamb dishes on the menus here instead of beef.

Its coastal geography also provides a rich bounty of seafood, which the Greeks have enjoyed and revered traditionally. Spinach, olive oil, and kalamata olives are common ingredients, often finding their way into a range of dishes. A typical Greek taverna serves mezze (appetisers) to accompany drinks. These range from pies like Spanakopita to Greek salad with tomato, onion, olives, and feta cheese on a bed of greens. Fried anchovies and squid, as well as vegetables like aubergine, are commonly found in this course. Tzatziki, tahini, and similar dips usually accompany a mezze.

The Greeks have a great penchant for seafood. (Image Source: Pexels)

Vegetarians will find a hearty selection of dishes across mains as well, with portions of Briám — a baked ratatouille made up of choice summer vegetables atop sliced potatoes with zucchini in olive oil and Gemista – a dish that involves tomatoes, peppers, and other hollowed out vegetables baked with a filling of rice and herbs.

Meat eaters have a choice of popular Gyros and Souvlaki, both commonly with pork. Sold as fast-food kebabs in pita bread, these are also found in chicken and lamb. Octopus, swordfish and even fish roe are common ingredients in seafood mains. Moussaka makes for an internationally beloved Greek dish: the almost Lasagna-like dish popular for meaty lamb flavour. Apáki is a lean pork dish from Cretan roots. Marinated in vinegar, it is subsequently smoked with shrubs and herbs. 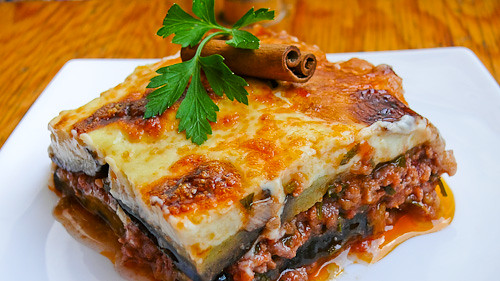 Ouzo is considered to be Greece’s national drink. Its most prominent flavour comes from anise seeds, although clove, fennel, and even cinnamon are common additives. Tyrnavos and Levos are the best-known islands producing the spirit. Ideally served chilled, it’s often had with water to release the flavour, which also intensifies its prominent aroma. Ouzo pairs best with bold seafood flavours. 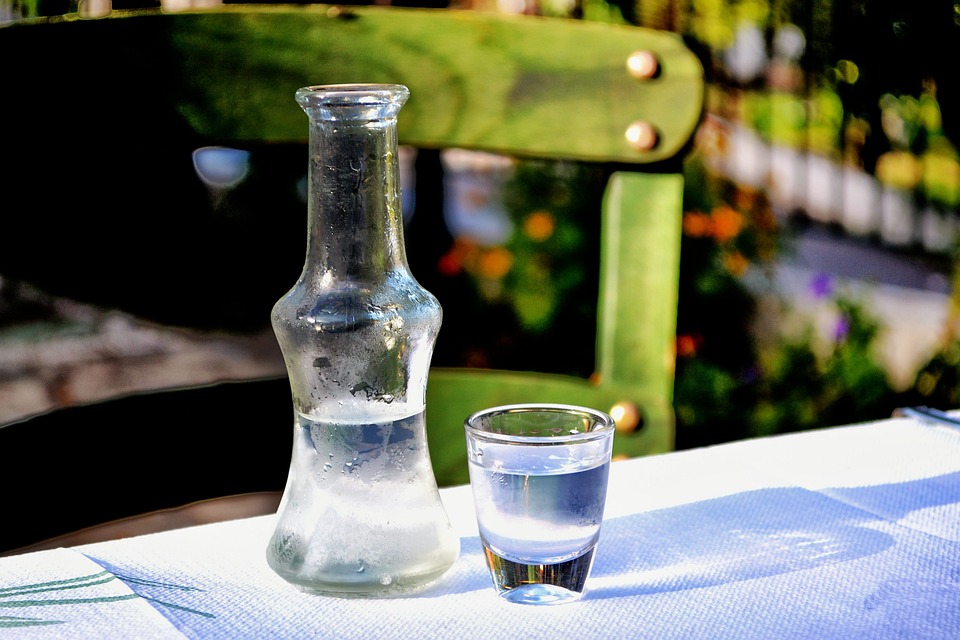 Raki and Tsipouro are other drinks commonly found in Greece. Typically homemade, the production of both peaks through autumn after the harvest of grapes. Both come from grapes that aren’t capable of producing wine, but still make the cut for a well-distilled spirit. Although often confused with each other, they primarily differ on the addition of aniseed: added to tsipouro but never added to raki. Both are best consumed chilled, with or without ice, paired with a wide range of Greek fare at any time of the day. 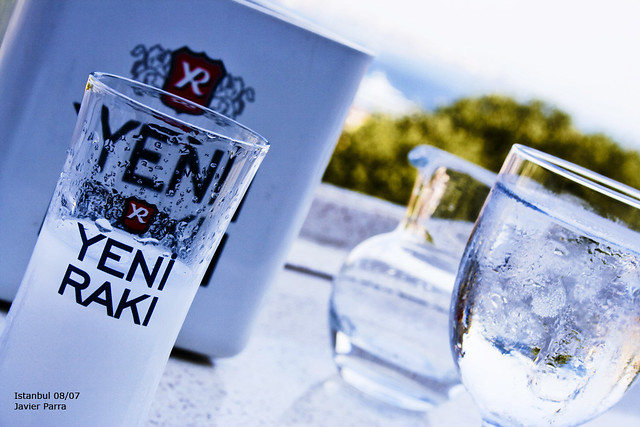 Mastika is produced when the bark of a tree native to the Chios island is slit. A special sap oozes, crystallises, and is bottled with a distinct aroma. Its mystical nature comes from the fact that no one knows when harvest will occur, and neither is it possible to grow the Mastic tree at other locations. Its pine-like aroma is what makes mastika very distinctive.

Now all that’s left is to learn how to say cheers in Greek!