Considering history, Asia and Europe have a greater ancient tradition of monarchy than other parts of the world. Korean, Japanese and Chinese royalty has been in existence for centuries, slowly fading out. India has its own deep-rooted history, with many traditions, titles and power structures remaining intact until Independence, some of which spill over even into today.

The appeal of royalty is undeniably grand. It symbolises power, tradition, grandeur and romance that no modern form of government can expect to match. This extends to food as well, where certain dishes made for kings and queens, princes and princesses have stood the test of time to travel onto menus and be available at restaurants around the world. A classic global example is Peking Duck. With recipes dating back to 1330, this Chinese dish of duck served in an irresistible crispy skin boasts a heritage few can match. Prepared for the Chinese Emperor during the Yuan dynasty, it follows a simple, if sophisticated, method. Ducks are specially bred and slaughtered after 65 days. Then they are seasoned and roasted in either a closed or hung oven. Although available worldwide, one would recommend trying Peking Duck the way businessmen and diplomats do: in Beijing. 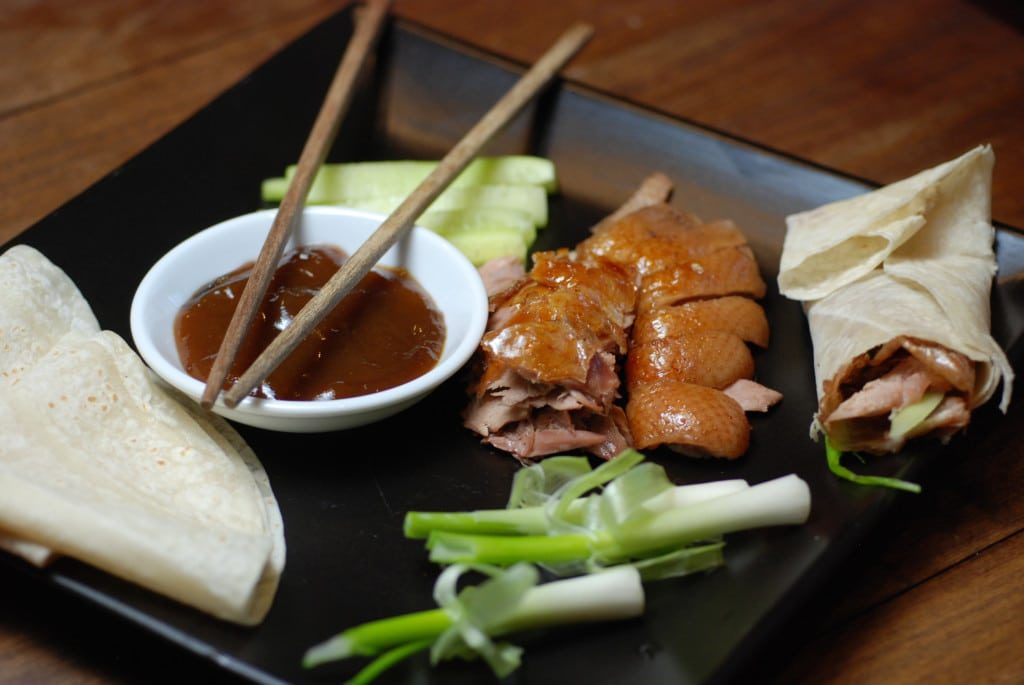 Two Beijing restaurants that serve Peking Duck in distinct styles are Quanjude and Bianyifang, which use the hung and closed oven styles respectively. Quanjude now has outlets in Melbourne and Toronto, apart from Hong Kong. Bianyifang, the oldest Peking Duck spot in Beijing, dates back to 1416. Many restaurants have picked up the moniker, among which the original, Xianyukou Bianyifang, stands tall and proud.

Closer home in Lucknow, India, Tunday Kebab is a legendary food that came to life in the royal Awadhi kitchens. Made from minced beef, this sophisticated, melt-in-your-mouth kebab is said to contain 160 spices. As is the tradition with chefs and restaurateurs, recipes differ in their details, and are also guarded fiercely.

Although it is now commonplace to find Korma on the menu of any Indian restaurant, the dish came to be associated with the Mughal crown in an elevated version, called Shahi Korma. The dish typically consists of cooked meat, braised with yoghurt and spiced with a wide range of condiments, although coriander and cumin are considered standard. Korma can be cooked with lamb, beef, or chicken, as well as vegetables.

The Hyderabadi Nizams have left an indelible and tasty mark on Indian royal cuisine. Most popular for Kachche Gosht Ki Biryani and Haleem, the cooking style of this branch of royalty is heavily inspired by the Turks and Persians. The Hyderabadi Biryani is revered as an “original” recipe, as it involves meat cooked with the rice instead of layering meat and rice, as is done in the varieties of other regions. Haleem has heavy Ramzan associations, when the meat, wheat (or barley) and lentils are slow-cooked overnight with spices to create the thoroughly indulgent dish with a delicious, rich flavour and a near paste-like texture.

Royal dessert from the region includes Shahi Tukda made using bread, condensed milk and an assortment of nuts. Often called Double Roti (in Indian parlance), this sweet is a wedding favourite that swells up to twice its size when it’s being baked.

This is just a sampler of famous dishes that were once reserved for royalty, but are now enjoyed by all.