The brand Alexander McQueen came into being in the year 1992. Founded by designer Alexander McQueen, whose work was so remarkable and different that he won “British Designer of the Year” four times between 1996 and 2003. He also worked as the chief designer of Givenchy and the Creative Director of the Gucci Group.

Alexander McQueen’s first menswear collection came into being in the year 2005 for Spring/Summer and still continues to be showcased at the Milan Fashion Week. The brand presented its first women’s pre-Spring collection on the runway in the year 2008 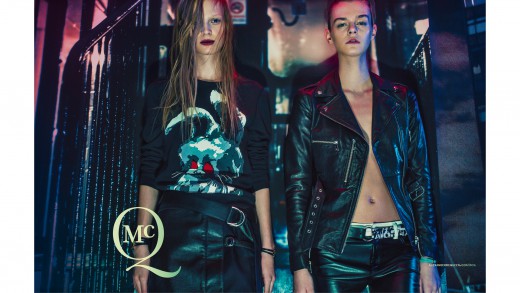 The now iconic motif was introduced in 1995 in McQueen’s show. ‘The Birds’ were inspired by the Hitchcock film. The original swallow logo of the brand was revamped by artist Tom Tosseyn in 2016. He gave it a much quirkier look and a added a touch of modern to it. The emblem has the word ‘swallow’ spelt out in bold Gothic letters.

The best sellers from the collection are McQ Alexander McQueen men’s T-shirts which have the bold logo and graphics. These tees have clean lines with catchy slogans or prints that are a result of creativity and experimentation. 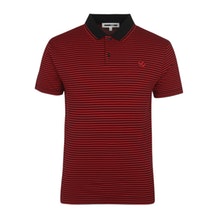 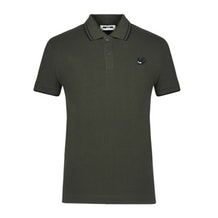 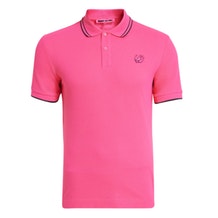 The McQ Alexander McQueen swallow polo shirt adds a touch of contemporary to a leisure time wardrobe. The garment is crafted from a soft cotton and features the brand’s signature swallow logo embroidered to the chest with a two button placket. The look is completed with a contrasting trim to the collar and sleeves.

McQ makes the most elegant polo shirts. What set these polo shirts apart from the usual ones is the detailing and it’s very own swallow logo sewn to perfection. It’s cut for a slim fit from cotton-piqué and finished with black tipping and a crew neck. Plus short sleeves, embroidered chest logo, rib neck binding and prints that vary in range from quirky like the skull print, mutated rabbit etc, to the simple white shirt. 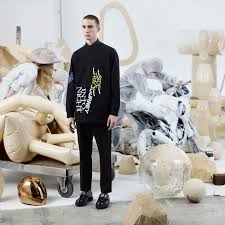 The latest collection for McQ had Lydia Lunch who is a performer and writer as the inspiration. Her look is bold and quirky. This collection saw punk style platform sandals, boyfriend jeans jackets with pop coloured pockets. A play of leather bondage straps and white laces added individuality. Prints were also a part if the collection, designed by Los Angeles–based illustrator Brendan Donnelly. A mutated rabbit was the most famous one this time. Some prints were cool but looked like random drawings.