It’s distinct yellow-orange colour and tantalising fragrance has travelled the world, branching out from its origins in Greece and the Middle East, to becoming one of the most expensive spices in the world. Saffron, or kesar, is used not just as a condiment and spice in food, its also used in perfumes, clothes dye and medicines. Derived from the Arabic word ‘Zafaraan’ (meaning yellow), saffron made its way to Spain, travelling there with the Arabs in the 13th century. The Moors took it to Italy, France and Germany. Today saffron is grown in many parts of the Northern Hemisphere, from India to Morocco and England. According to the UN Food and Agriculture Organization, close to 85 percent of the world’s saffron is produced by Iran. 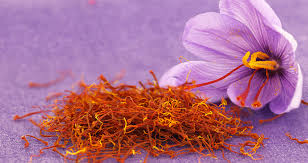 Today the long red strands, which release complex flavour, are sold is tiny bundles at eye-popping prices (up to $16 per gram). Fortunately, you just need a pinch for your paella, biryani, carrot halwa or Moroccan tagine to get that distinct saffron accent.

Why does it cost so much? That’s because the process of harvesting the strands is painstaking. A large number of the purple flowers (crocus sativus or the saffron crocus) that bear the minute stigmas need to be harvested to give a usable quantity of saffron. Once they have been separated, they are dried in order to preserve the colour and flavour.

According to The Contemporary Encyclopedia of Herbs and Spices: Seasonings for the Global Kitchen, some 50,000 flowers need to be processed to yield 0.45 kg of dry saffron. Other reports peg the requirement at 75,000 flowers for the same quantity of saffron. There are apparently only three stigmata in each flower. And this is why saffron is one of the most expensive spices in the world. The health benefits of saffron range from improving blood circulation and speeding up the metabolic rate to reducing blood pressure and treating depression. Saffron was blended with egg whites and used by medieval monks to create a yellow-gold colour for their manuscripts. It is said the Cleopatra added saffron to her baths for its cosmetic properties and the Romans used it as a deodorizer.

Rich in manganese, saffron also contains Vitamin C and quantities of the compound, crocin. Combined with milk, saffron is good for digestion, skin and for enhancing immunity.

Available in threads, tips or as a powder, saffron is available all year round. The threads are the best option and the redder the colour, the better quality the saffron. Thankfuly saffron has a long shelf life, especially if stored correctly. The threads should be kept in a cool, dry, dark place and can even be frozen for up to a year.