Let’s admit most of us are outright judgmental. All the time, everywhere. People we come across are put in a certain category, which is above or beneath us. Then follows a never-ending quest of trying to get ahead of the former box by trying to be superior. But is making others look small the right motivation to get ahead in life? While trying to create an envious life for others we often tend to forget to truly grow for our own sake. While accessing expert advice was not easy for Gen X, modern generations have a plethora of learning opportunities from numerous social platforms to improve several aspects of their lives.  The urban world can  be divided into two categories, one is smart and the other is lazy. There is no way one can’t get smarter about anything if he/she looked up on the internet. One such useful platform is TED Talk, with massive following of over 10mn people on youtube. I have shortlisted five of my favorite TED talks that will change your DNA

What makes you happy- being more rich and famous? According to Psychiatrist Robert Waldinger, it is a false perception. Based on the data from a rarest of rare study, consisting of 724 men for 75 years, he shares three important lessons to remember for true happiness and satisfaction. In addition to ancient wisdom, there are also some practical tips for a highly fulfilling life. 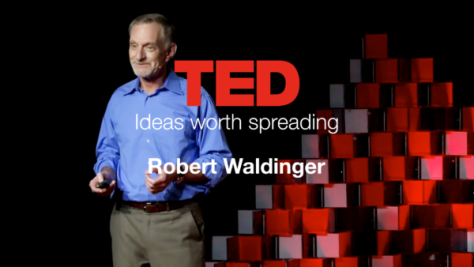 Can you predict your success and happiness? May be you can count a few moments but wouldn’t it be great if you understand the approach for long term never ending success? As a 17 yr old I believed that studying in the best college would be the key to win the world. Then I thought an opportunity to work with the best brands would put me on top of the industry. It turns out, it’s actually the other way around! Based on a research of Positive Psychology, Psychologist Shawn Achor argues that it’s not work that brings you happiness but it’s being happy that makes you more creative, productive, and successful. There is a visceral connection between owing luxury products and happiness. Driving a Bentley, owning a Chanel or travelling to Bahamas is the way to Nirvana for a vast majority of the world. It’s still debatable if this is the means to being superior than others. After sampling some of the world’s most privileged products and experiences, author Benjamin Wallace discusses what makes luxury tickle the brain’s pleasure centers and that perspective truly matters.

I am sure you have pouted or posed at a certain angle to get that perfect shot where you look your most confident self. But what about the other times when you are not being captured for eternity? ‘Fake it till you become it’ – is a powerful phrase according to Social Psychologist Amy Cuddy. She proves that you can elevate your chances of success by attuning yourself to positive body language as It increases your good hormones and brings out the best in you.

Top bottom approach or Bottom top approach? Why do we do what we do? Author and motivational speaker Simon Sinek proposes that the question “Why?” is a simple yet powerfool tool for leaders to inspire motivation and action. He discusses the common thread among Apple, Martin Luther King, and the Wright brothers as the strugglers, not the succesful world leaders that they became.

Whether it is work, family, friendships or love, there is always scope to add more fulfillment to your already fabulous life. Just pause and choose when to ask “why?” and when to say “why not!”